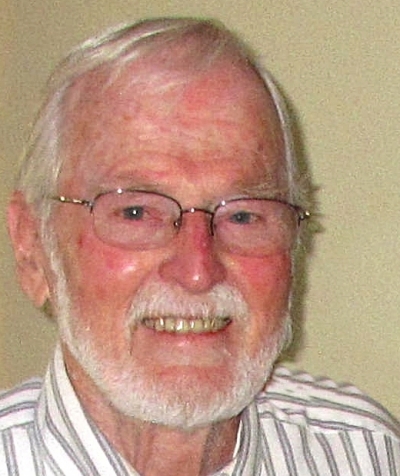 He graduated from the United College in Winnipeg in 1950 with a degree in Psychology/Sociology. Shortly after graduating, John moved to California, worked on the Southern Pacific Railway and then was drafted into the U.S. Army at the beginning of the Korean War. After basic training, he was sent to Germany as a psychiatric/social worker.

Upon discharge in 1953, he became an elementary school teacher. John spent his entire teaching career in the Menlo Park School District, teaching many grade levels with specialties in math, history and biology. He also served as one of the three District Principals.

Early in his career, he left the district and spent a year teaching in a native school in Cordova, Alaska during the pre-statehood year of 1959.

Academically, John completed a B.A. at the United College, an M.A. in Educational Administration at San Jose State and a second M.A. from Santa Clara University in Family Counseling.

He was an accomplished pipe organist, having studied under Herbert Sadlow of London, England.

John retired from teaching in 1988 and went immediately to work full-time as a Juvenile Probation Officer for the San Mateo County, East Palo Alto where he worked until 2002. The full-time employment continued his long-time summer job with the county.

John loved the Lord and delighted in serving him throughout his life. He served by singing in the choir, teaching, serving as elder and deacon, leading many mission trips to Guatemala and Alaska and being a friend to all.

John loved to carve wood. Through his two terms as President of the CA Guild #1 in San Jose and his current membership with the Tri-Valley Carvers, he made many lifelong friendships which he treasured. Lately he had been involved in the wounded warrior Eagle Head Project.

John and his wife, Elaine, had just celebrated 56 years of marriage. They lived in San Jose from 1959 to 2002 when they moved to Pleasanton.

Besides his loving wife, he leaves behind three children, Dan (Libby) of Folsom, Mark (Theresa) of San Jose and Cary of Pleasanton and grandchildren Maggie and Trent of Folsom. He has one sister, Joan (Bob) of Hemet, CA.

Photo Gallery
0 photos Upload a photo
Remembrances
3 entries Submit a remembrance
From Pat Pritchard
Aug. 17, 2012
John was special, always a gentleman and dependable co-worker. We worked for several years together in EPA. It was great teamwork & a good time. I collected mallards & will always think of John with a smile when I view them now. My deepest sympat...
Read more
Video
Upload a video