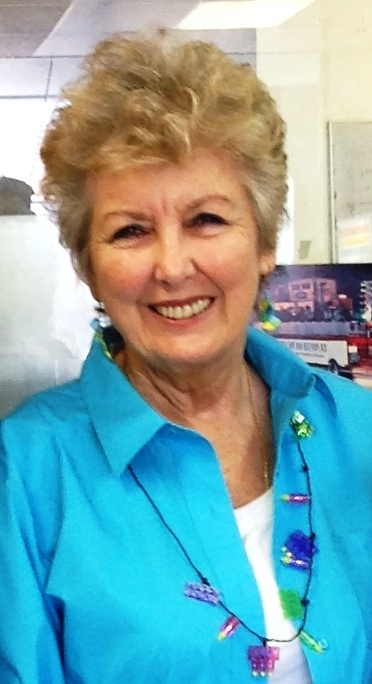 Kaaren Anderson Northup, born in Chicago, May 26, 1944; entered into the care of the Lord on August 4, 2017. Relocating to California at the age of two, Kaaren spent her early years on a ranch in the Central Valley moving to Pleasanton with her parents, Chan & Irene Henderson in 1956. Kaaren was a 1961 graduate of Amador High School. Active as Worthy Advisor of Rainbow Girls, Maid of Pleasanton, and Theme Girl for the Alameda County Fair. Kaaren attended the University of the Pacific where she pledged Tri Delta Sorority and graduated with a teaching degree. Having taught elementary school for several years, Kaaren then chose to pursue a real estate career. This lasted until the week of her 50th birthday at which time she underwent bypass surgery, a result of having become a diabetic at the age of 17. Her doctor suggested she forego the stress of her current work. She then turned to property management.

Entering into togetherness with Stephen E. Northup in 1991; they married in February of 1999, and happily resided in Pleasanton for the remainder of her days. She could often be seen around town in her bright orange ELF when she could no longer drive. Nothing could stop her from seeing her Church family, friends and community. Kaaren joined the Lynnewood United Methodist Church where she became a Trustee and attended their lively and informative Bible Study class. She also was active for years in a group called “Blankets for Kids” benefiting neglected and abused children. She and Stephen supported Habitat for Humanity, Open Heart Kitchen, Valley Humane Society, St. Jude, and the American Diabetes Association among other charitable organizations.

She is survived by her husband, Stephen, their daughters, Melissa Marshburn of Seattle, Jacqui Bailey and her daughter, Abigail of Rockwall, TX and Nancy Kostelny of League City, TX.

Memorial service
A Celebration of her Life will be held at Lynnewood United Methodist Church on Black Ave in Pleasanton on Saturday August 12, 2017 at 1:00 PM.
Make a donation
Contributions will be gratefully accepted by the American Diabetes Association in lieu of flowers.
About this site     Contact us