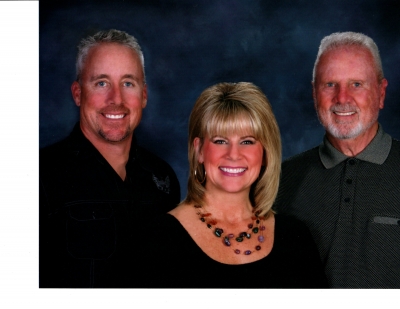 He was born to the late Vera and David Mercer in Vancouver, Canada and moved to San Bruno, CA as a very young boy. He attended Cappuchino High School and graduated from San Francisco State University('64). Ken began his career with Pacific Bell which brought him to Livermore as Manger where he was involved with many organizations and served as President of the Livermore Chamber of Commerce. He left Pleasanton to serve as Administrative Assistant to Assemblyman Carlos Bee in Sacramento for several years before returning to Pleasanton where he was elected to the Pleasanton City Council in 1976 and served as Councilman and Mayor until 1992. After retiring from Pacific Bell and politics Ken was a Vice President for Chicago Title and North American Title Company. He retired as a Vice President of Marketing for ValleyCare Health System in Pleasanton.

He played Lob Ball for many years and he was always involved in local fundraising and enjoyed his many friends helping to barbeque with them at all kinds of charities and events in Pleasanton.

Ken enjoyed his family and Grandchildren and never missed a sports event where he could cheer all of them on to victory or comfort them in defeat. He was very proud of his five Grandchildren, Katie and Nick Despotakis and Allison, Emily and Tommy Mercer.

Ken is survived by his Children, Shelley Despotakis (Mike) and Chuck Mercer, along with his brothers Ron Mercer and Norm Mercer along with many nieces and nephews.

Ken will be remembered for his dedication and love of Pleasanton, his family and his many friends.

There will be a Memorial Service celebrating his life, Saturday, Jan. 25 at 1 p.m. at the Pleasanton Senior Center, 5353 Sunol Blvd., Pleasanton.