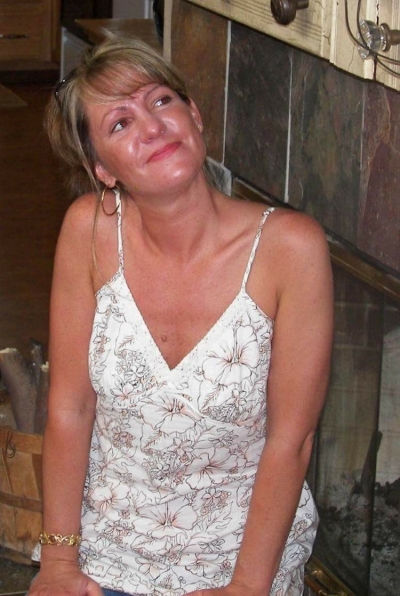 Kimberly Rachel Slichter- Gigliotti age 45 passed on Friday August 5, 2016 in Sacramento in her sleep. Kim was born May 22, 1971 to Paul Slichter and Sharen Kragen. Kim was the oldest of three children born in San Leandro, California. She attended Amador Valley High school in Pleasanton and then went into the Navy where she served for five years with tours including Hawaii and Puerto Rico. Kim and Paul Gigliotti met in Denver Colorado. A year later they married in 1994. She is now survived by her three children Gabby, Jake, and Sophie Gigliotti. Her parents Paul (Carol) Slichter and Sharon (Bob) Kragen. Her Aunt Joyce (Roy) Ludwig and siblings Eric and Jennifer Slichter. Numerous Uncles, Aunts, Nephews, Nieces, and many more family members.

Photo Gallery
0 photos Upload a photo
Remembrances
0 entries Submit a remembrance
Memorial service
Funeral services will be held at New Life Church at 10:00am on Tuesday August 16, 2016 in Alamo, California. 2501 Danville Blvd.
Make a donation
In lieu of flowers, anyone may make donations to the SPCA or the VA hospital in Palo Alto.
About this site     Contact us