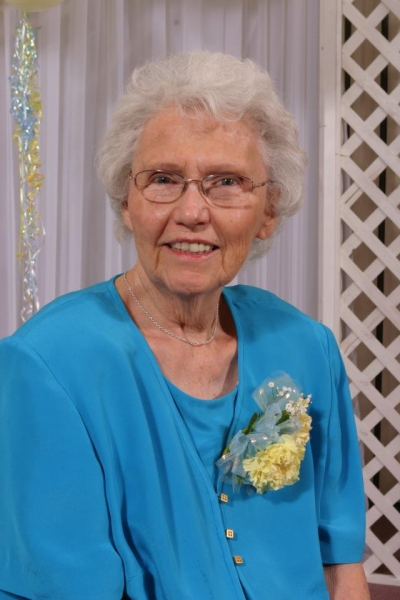 Lily Ann Dowall Joberg died on August 23, 2012 at the home of her daughter, June Kowallis of Providence, Utah. She was 89 years old. She was born in Pine Bluffs, Wyoming, the only child of William and Pauline Reynolds Dowdall. She spent her childhood in Morrison, Illinois and much of her adulthood in the Bay Area of California. She met Elgin A Joberg and was married on February 14, 1945 in San Francisco. They were blessed with three children, June Joberg Kowallis (Rodney) of Providence, Utah, Jeanne Joberg Brown (Doyle) of Moses Lake, Washington and David Joberg of Walnut Creek, California. She lived in Pleasanton, California for 49 years, where she raised her children and attended the Church of Jesus Christ of Latter-day Saints. She was preceded in death by her husband, Elgin, a granddaughter, Ann Marie Kowallis and a grandson, Kelsey G Brown. She leaves behind her 12 grandchildren and 19 great-grandchildren.

Memorial service
Graveside services will be conducted on August 31, 2012 at 12:30 PM at the Grove Hill Cemetery in Morrison, Illinois. Prior to the graveside service a viewing will take place at the Bosma-Renkes Funeral Home from 11:00AM until Noon, for all those who wish to pay their respects.
Make a donation
Donations in memory of Lily Ann can be made to the Las Trampas School, Inc. for the handicapped, 3460 Lana Lane, Lafayette, CA 94649.
About this site     Contact us