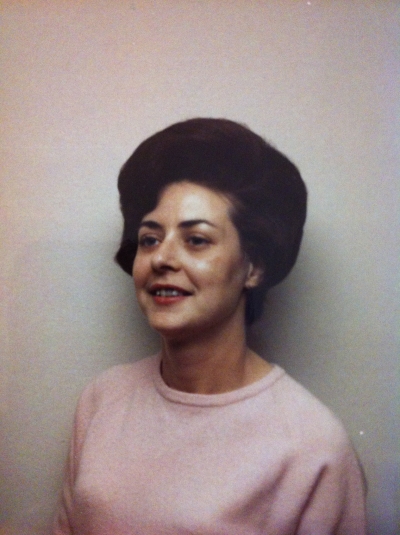 Linda Louise Ansell passed peacefully on August 22, 2012 at her home in Pleasanton, California. Linda (née Massey) was born on January 20, 1941 in Cannelton, West Virginia. She was the 6th of 13 children and the 3rd of four girls. Her father, James Morris Massey, known as Maurice, was orphaned at a young age and worked in the coal mines of Kanawha County, West Virginia from the age of 11. Linda loved living in the countryside and said as a child she never considered herself poor. They had fresh vegetables from a huge garden the family kept and collected wild berries with her sisters. They canned everything and never went hungry. After graduating from Parkersburg High School, Linda worked for the government processing punch cards before she decided to move to California when she was 21 to live with her oldest brother, Jim, his wife Joan, and their young children. She was looking for a new life and found it in Santa Maria, CA. She loved working with numbers and soon found a job working as a teller at the Bank of America in Santa Maria. There she met Kathleen Silva who was soon to be Kathy Jones and her best friend. The two of them were still known for giggling and long talks even after 50 years friendship. One day a young man, recently home from serving in the US Army in Germany, came to her window at the bank and asked her out. Despite having a balance of just over $4 in the bank, Linda agreed. The young man, Gary Ansell, took her to Los Angeles to see a Cinemascope showing of "It's A Mad, Mad, Mad, Mad World." They married three months later in November 1964. In 1969, they gave birth to their first son, Michael Albert Ansell. In 1971, they had a second son, Christopher Lee Ansell. Linda was completely focused on raising her two boys. She read to them constantly and took them to the park or to the swimming pool whenever she could. Gary worked for the post office and in 1974 he was transferred with the family to San Luis Obispo and then in 1977 to Carpinteria. She loved books and spent hours every day reading. She took her sons to the Carpinteria Library so often that between them they read practically every book in the tiny library and the librarians became like family. When both boys started school she volunteered in their classrooms, with PTO activities and worked as a yard duty at Canalino School in Carpinteria, making close friends along the way. She was greatly loved by all the kids who followed her around the playground. After a few years, she became teacher's aide for a second grade classroom. She was like a second mom for many who was greatly loved for her warmth, support, sense of humor, and love for all. In the 1980's and 1990's she worked as an office manager in two different real estate offices and enjoyed bookkeeping and working with people, especially those new in town who wanted to know what Carpinteria was like. In the late 1980's, she met with a series of tragedies including the loss of her younger son, her husband, and emergency brain surgery that she barely survived. She showed her amazing strength during this time and dedicated herself to making sure her older son, Mike, graduated from college. College was a dream of hers and she made it possible for her son with her strength, hard work, and endless support. Mike graduated with a degree in chemistry from CSU, Chico and later a Ph.D. from the University of Oregon thanks to her. Linda had always been close with her sister, Julie, as a girl in West Virginia. Despite moving to California, they remained very close. As time passed, they talked almost every day. Linda was also close with many friends including her sister, Ginger. All of the sisters were great conversationalists. In 2004, Linda moved to Pleasanton, California to be closer to her grandchildren, two beautiful little girls. She dedicated herself to reading to them and to spoiling them in every way she could. Linda was happy to make friends at her gym in Pleasanton, the senior center, and among her neighbors. Linda is survived by her son, Mike, her daughter in law, Sonia, and her granddaughters, Sarah and Lucie, her sisters Julie and Ginger, and her brothers Eddie, David, Johnny and Robert.

Memorial service
A Memorial Service will be held on Friday, August 31st at 11am at Callaghan Mortuary, 3833 East Ave, Livermore, CA.
Make a donation
In lieu of flowers, donations can be made to the Ansell Family Scholarship c/o Las Positas College Foundation, 3000 Campus Hill Road, Livermore CA 94551.
About this site     Contact us