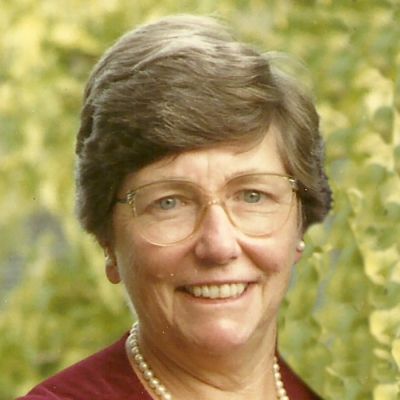 Margaret Blades, 96, died Oct. 24, 2018. She and husband Jim lived in Orinda, Danville, and Pleasanton. Margaret grew up on Barbados with 5 sisters. She was a student in the Royal Drawing Society and enjoyed her artistic side until the end of her life. As a young woman, Margaret attended McGill University and trained as a RN at Montreal General. She married Jim in 1944, and they had 4 children, John, Annis, Liz, and Rick. She was grandmother to five, and great grandmother to Daisy. Margaret was very active in her community. When Orinda had no Episcopal Church, she called every family in the phone book until she had recruited almost 100 families so that the Bishop would fund the building of St. Stephen's. She was room mother, PTA President, World Book salesperson, avid gardener, and RN for Pleasanton Convalescent Hospital.