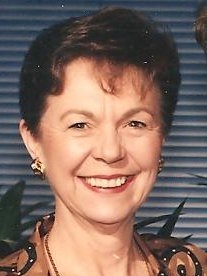 Margaret J. ?Peggy? Karn died May 21, 2013 in ValleyCare Hospital after a courageous 10-year battle with multiple system atrophy, a rare and debilitating disease. She was 84. She was born Jan. 22, 1929 in Oakland to Mary Celeste and Americus P. Britto. She grew up in Oakland and graduated from Fremont High School. When she was a sophomore at Fremont High, she met Richard Karn, who became the love of her life. They attended Dick?s Senior Ball together before he graduated and joined the Navy. They were married before Dick?s senior year at the University of California, Berkeley and she worked to put him through his final year. She raised their daughter, Pam, and their son, Bob, while they lived in Castro Valley and later Hayward. Dick established his own civil engineering firm in 1966. While living in Hayward, they were members of Hayward Dance Club and enjoyed quarterly dances to big band music. She was an active volunteer with the Almond Branch of the Children?s Hospital Auxiliary and enjoyed modeling in their fundraising fashion shows. They moved to Pleasanton 26 years ago. She was a member of Centerpointe Presbyterian Church (formerly Pleasanton Presbyterian) and served on the board of elders. Peggy also was an active member of PEO for more than 25 years. Peggy, a beautiful, creative, loving wife and mother was always there with a smile and a kiss. She was a vivacious woman with a great sense of humor who took delight in making people laugh. She was a person with firm convictions who was willing to speak up when the situation required it. Peggy loved to work with colors and established an interior design business with a number of clients. She used her design skills in Dick?s engineering offices as well as guiding the updating of Pleasanton Presbyterian Church?s former Mirador Drive site. She was also an accomplished artist in oils. She and Dick travelled widely, touring most of the world, often with professional engineering societies. Dick was involved in leadership of these groups and she joined him on business travel. Her favorite destination was Italy, although she enjoyed some memorable trips to Africa, Russia and other European and Asian countries. They routinely spent the month of February in Baja California. She is survived by her husband of 64 years, Richard Karn, her daughter Pam Karn of Oakland, her son, Bob, and loving daughter-in-law Diane, of Vacaville, her sister Gloria Hotton of Franklin, WI., and grandchildren Shawn, Matthew, Rachelle, Lisa and Tom and her great-grandson Wesley. She also leaves a large extended family who she greatly valued, including her care-giver for 2 ½ years, Rose Fernandez.

Memorial service
A memorial service celebrating her life will be held at 3 p.m. Friday, June 28 at Centerpointe Presbyterian Church, 3410 Cornerstone Court, Pleasanton.
Make a donation
The family prefers gifts in her memory to Brain Support Network at P.O. Box 7264, Menlo Park, CA 94026 in support of research on Multiple System Atrophy or Hope Hospice at 6377 Clark Ave., Dublin, CA 94568.
About this site     Contact us