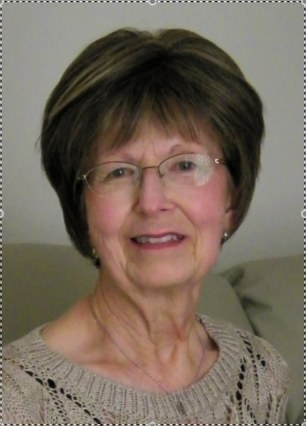 She graduated as Salutatorian from Hazen H.S. in 1959 and continued her education at North Dakota State in Fargo with a degree in English. She met the love of her life, Jerry, in high school. They were married in Hazen on August 24, 1962.

Her daugther, Susan, was born in 1966 at White Sands Missile Range, N.M. and her son, Jeff, was born in 1968 in Albuquerque. After five years in New Mexico, the family moved to Pleasanton, CA in 1970 on a job transfer for Jerry.

Kay was involved in 4-H as a leader when her kids were young. Church was an important part of her life. She taught Sunday School, mentored middle school kids and enjoyed singing in the church choir. Kay found joy in volunteering for Senior Support, Hope Hospice and Operation Christmas Child. She worked part time at Macy?s for 13 years.

Kay experienced kidney failure in 1998 and was on dialysis for 5 years before receiving a kidney transplant in Nov. 2003 from a living donor. She received her cancer diagnosis on March 4, 2013.

Memorial service
A memorial service will be held Saturday, April 13th at 1:00 pm at Resurrection Lutheran Church, 7557 Amador Valley Blvd in Dublin, CA.
Make a donation
Memorial donations may be made to Hope Hospice, the American Cancer Society, or the National Kidney Foundation.
About this site     Contact us