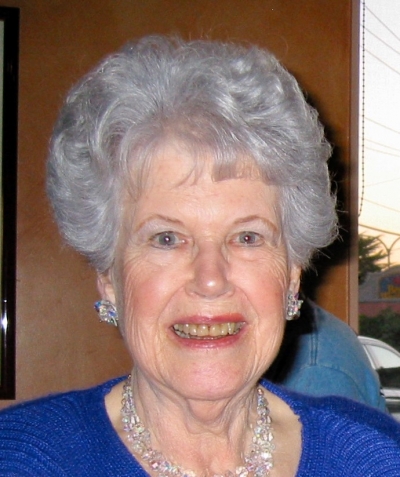 Marie was born on August 26, 1917 in Livermore to Joseph and Maria Pereira. She was a lifelong Pleasanton resident and the youngest of 6 children. Her sibling’s names were Joseph, Manuel, Beatrice, Olympia and Tony. Her parents were Portuguese immigrants from the Azores and Portuguese was her first language.

She grew up on the family farm on Tassajara Road and attended the one room Antone School, which was not far from her home. She graduated from Amador High School in 1935 and often spoke of having to get up early to milk cows before leaving for school, then coming home for more chores before doing her homework.

After high school, her first job was at The First National Bank on Main Street. At age 22 she represented Portugal at the 1939 World’s Fair on Treasure Island in San Francisco Bay.

Marie married John Garibaldi in 1942. The couple eloped to Reno, were married for 42 years and had two sons, David, the taller of the two and Rick. During this time, she cared for her home and family and became an excellent seamstress, often making her own clothes.

In 1964, after many years as a stay-at-home mom, she went to work at the Lawrence Radiation Laboratory. She spent 17 years there in secretarial administration, working for some of the nation’s top scientists and mathematicians.

John passed away in 1984 and not long after that, she remarried longtime Pleasanton resident, Joseph Antonini. They were married for 20 years.

After Joe’s passing, she spent the remaining years of her life enjoying her family and friends. Marie was a simple woman of strong faith with an optimistic nature, a great sense of humor, an infectious laugh and a genuine caring for people.

Mom, we love you, will miss you, and will never forget you and the lessons you taught us.

Photo Gallery
0 photos Upload a photo
Remembrances
3 entries Submit a remembrance
From Julie Zapper
April 10, 2017
My dear Marie, I will never forget your contagious smile. I will dearly miss coming to see you. You always put a smile on my face, we sure had some good laughs. We had some good moments together Marie that I will alway cherish. My heart goes out to ...
Read more
About this site     Contact us