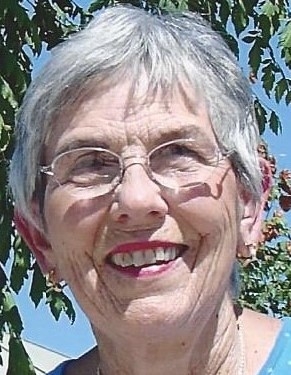 A memorial service celebrating the life of long-time Pleasanton resident Nancy Ellen Dyer Shelton will be held at 11 a.m. on Saturday, Jan. 31, 2015 at Centerpointe Presbyterian Church, 3410 Cornerstone Court, Pleasanton. Mrs. Shelton died November 16, 2014 at the age of 83. She and her husband, Donald, have lived in Pleasanton since 1967.

Nancy was born June 27, 1931 in Salinas to Flo and Maurice Dyer. She graduated from Salinas High School in 1949 and then UC Santa Barbara with a degree in Art in 1953. After moving to San Francisco, she worked at the Emporium as an assistant buyer and also for Pacific Telephone & Telegraph Co. as a service representative. She met Donald Shelton in 1958 and they married in 1959. They lived in Oakland for a year, then San Lorenzo where they began raising their girls, Donna, Cathy, and Sarah. In 1967 the family moved to Pleasanton where Nancy was primarily a homemaker, while holding occasional part-time jobs in retail and with the American Red Cross.

She volunteered at ValleyCare Hospital as member of the auxiliary for many years. The family enjoyed water skiing, their cabin in Arnold and cross country skiing. Nancy also loved to swim, hike, and enjoyed movies, musicals and plays, reading, sewing, crafts, and snorkeling in Hawaii. Nancy was a member of Centerpointe Presbyterian Church where she served as a Deacon and enjoyed playing in the bell choir. She had close friendships with women in her weekly Bible study group and enjoyed keeping in touch with friends from high school and college.

She is survived by her husband of 55 years, Don; her daughters Donna Dean (Gene), Cathy Walsh (Mark), and Sarah Shelton in addition to grandchildren Jessica, Justin, John, Colleen, and five great-grandchildren.