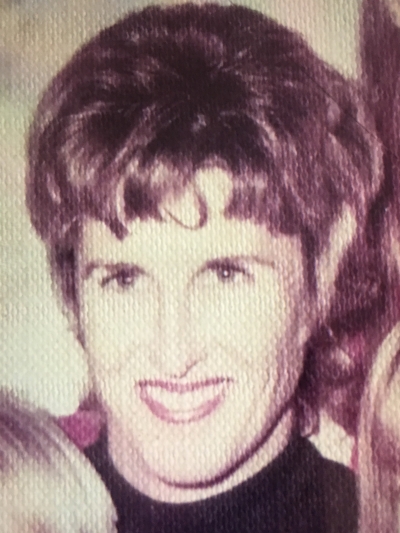 On September 10, Nancy McCormick lost her hard fought battle against leukemia. Nancy was very proud to have been born and raised in San Francisco. After graduating from Mercy High School she attended San Francisco City College where she made life long friends.

Making an independent choice for the time (and one that greatly worried her mother) she and her friend Fran moved to Hawaii where she met Jim Wulferdingen. After marrying in San Francisco, Jim and Nancy moved to Pleasanton in the late sixties and raised four children. They were divorced in 1983 whereupon some of Nancy's greatest adventures began!

Living in Pleasanton until 2004, she then moved to Lincoln, California. Throughout her years, Nancy was fortunate to work in many places where she developed lasting friendships. She was witty, warm, loved a good party, and tough as nails.

She is survived by her sister Peg Weiss (Bud); daughters Julie Wulferdingen (Rob), Jamie Wulferdingen Graves (Mark) and Chris Wulferdingen (Paul); and son Scott Wulferdingen (Catlin). Nancy was a wonderful grandma and survived by her lucky grandchildren Roberto, Rafael, Matthew, Alex, Sebastian, Oliver, Jay, and Natalie. She is also survived by nephews, nieces and too many wonderful friends to list. Her family would like to especially thank her friends Chris and Jean for their friendship and support these last four months.

Photo Gallery
0 photos Upload a photo
Remembrances
1 entry Submit a remembrance
From sergi constance
April 17, 2018
You want to add my computer in window 10 pc,here the simple ways so it is very simple process,click on this web site,and learn how can add my computer my computer windows 10 microsoft developed a new windo...
Read more
About this site     Contact us