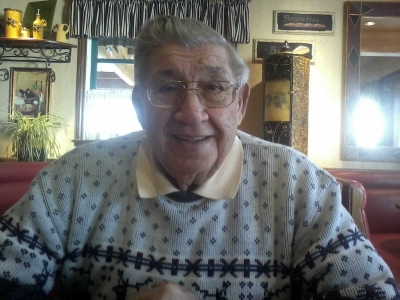 Nicholas Raymond Gigliotti, 84 resident of Pleasanton for 40 years died Dec. 30, 2012. Born Dec. 9, 1928 in Pittsburgh, Pa. to Giuseppe and Catherina Gigliotti, he was the youngest of six children and was preceded in death by all his siblings and parents. Nick graduated from Connelly Vocational HS in Pittsburgh, Pa. He furthered his education at the Triangle School of Drafting. His career began at LK Comstock, both in Pittsburgh and the Bay Area before retiring in 1991 after 31 years. Nick served in Army National Guard during the Korean War. Nick was transferred to California in 1973 which was the ?best move he ever made for his family?. There was no more ?snow to shovel? and he could golf year round! He devoted his life to his wife, children and family with an ultimate love. Nick was a member of the "dawn patrol" at Castlewood Country Club for nearly 35 years.

Memorial service
A Funeral Mass will be held Friday, Jan. 11, at 11:00 a.m. at St. Augustine's, 3999 Bernal Ave., Pleasanton.
Make a donation
Donations can be made to: www.wish.org or www.hopehospice.com
About this site     Contact us