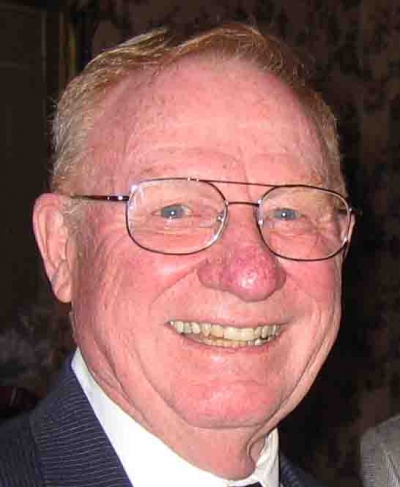 Always a storyteller, Ralph loved to share that he was born on an Indian Reservation in a chicken coop and grew up with bright red hair in a non-traditional family ? especially for the times. His father was a bricklayer and his mother a stay-at-home mom. He also had a much older half-brother and half-sister. Ralph would later tell his own children how poor his "Okie" family was and that his thick accent almost impeded his attainment of his Master's Degree.

In 1952, Ralph graduated from Chaffey Union High School in Ontario, California, where he was active in the Drama Club and was a Master Counselor of the DeMolay organization. Following high school, he joined the Army Reserve and served as a Staff Sergeant in the Korean War. He received an Honorable Discharge in 1956.

Ralph was the first person in his family to go to college. In 1959, Ralph received his Bachelor of Science degree from Oregon State College. In 1973, he attained his Master of Science degree from California State University, Hayward. Ralph learned that education was a means to breaking the poverty cycle. He dedicated his life to helping children learn to love reading and learning.

A man of all trades, Ralph was an accomplished school teacher, reading specialist, vice-principal, and adjunct professor at Humboldt University. He was also a talented fisherman, artist, guitar player, rock climber, ham radio operator, race car driver, and master skier. In fact, he was a member of the Ski Patrol in Oregon during his younger years. Ralph was an outstanding example that one can attain and do anything if they put their mind to it. He did it all and he did it well.

Ralph married Linda Jeanne Watson and had two daughters, Kim and Ronna. They later divorced. As a doting single dad, Ralph raised his daughters in a loving and supportive home.

Ralph married the love of his life, Patricia Crocker on August 19, 1988. They were happily married and traveled the world together for 25 years. With their marriage, they became a combined family of 6 children, 17 grandchildren and 11 great grandchildren.

We will miss the sparkle that Ralph always had in his eyes, along with his good nature and quick wit. 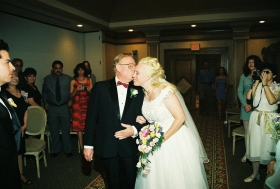 Remembrances
4 entries Submit a remembrance
From Ronna Piazza
June 24, 2015
I love and miss you dad. You will forever be in my heart.
Video
Upload a video