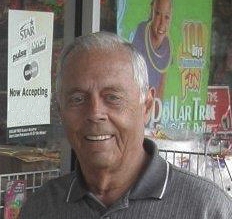 Rick was born on May 31, 1930 in Boyers, PA. He was married and started his family in Chicago, before moving to California in 1966.

Rick began his aviation career in the US Navy as a radarman and was an air traffic controller with the FAA for 32 years.

A Pleasanton resident since 1967, he was a member of the local Catholic community, was active in marriage encounter, and helped begin Hope Hospice in 1980.

He leaves behind Mary, his wife of 57 years; children Rick, Steve (Chris), Sherry; grandsons David, Luke (Jesse and Lane). We love you Pop and will miss you.