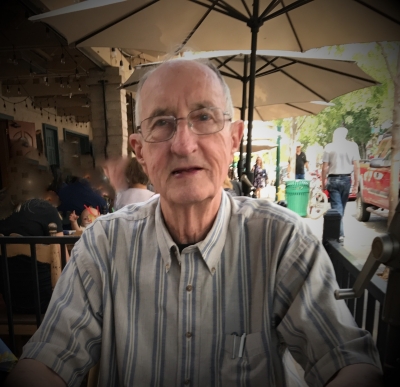 Ronald Sandberg, long-time resident of Pleasanton passed away January 18th. Ron is preceded by his wife of 50 years Marlene Sandberg who passed in 2014. He is survived by his children Anne Bradford and husband Dan, and Kurt Sandberg and wife Jennifer, and his six grandchildren.

Ron was born in Laramie, Wyoming in 1936. He graduated from the University of Wyoming with a degree in Mechanical Engineering in June 1960. He journeyed to California for his first job at Lockheed Aircraft Co., and soon met Marlene and settled in Pleasanton in 1963. He enjoyed long career at the Lawrence Livermore Laboratory beginning in 1966. He also served in the United States Army and was honorably discharged in April 1966. After 27 years of service at the Lab, Ron retired to pursue his passion for hiking, traveling and woodworking.

He was an active member of Pleasanton Presbyterian Church where he served as an Elder and also Lynnewood Methodist Church in Pleasanton.

Ron was a lifelong traveler and outdoorsman. He and Marlene traveled the world hiking across Great Britain, traversing the French Alps and walking the New Zealand countryside. He and Marlene spent their 50th wedding anniversary hiking the Canadian Rockies with their children and grandchildren. But, his true outdoors passion was Yosemite National Park. He and his family spent every summer hiking and backpacking Toulomne Meadows, Tioga Pass, and Yosemite Valley. His kind generous spirit will be missed by his family and friends.

Photo Gallery
0 photos Upload a photo
Remembrances
0 entries Submit a remembrance
Memorial service
A virtual memorial service will be held. Those interested in attending should contact us for the link at [email protected]
Make a donation
Gifts in Ron's honor can be made to the Yosemite Association at yosemite.org
About this site     Contact us