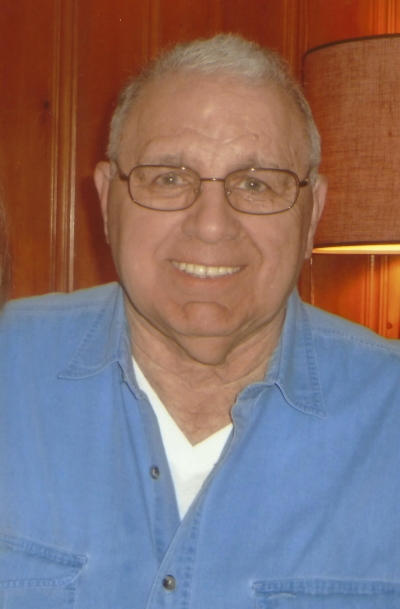 Rudy was born on Sept. 6, 1941 in Pennsylvania to Jerry and Marie D?Angelo. He grew up in California, Pennsylvania in a home upstairs from his grandparents and at ten years old he moved with his Mom and Dad to Perryopolis, Pennsylvania.

His early years were filled with big family dinners on Sundays, swimming in the Monongahela River and trapping in the woods. He graduated from South Union High School in Uniontown, Pennsylvania in 1962.

After high school Rudy enlisted in the Marine Corps and just a week after graduation he left for basic training at Parris Island. During his time in the Marines, Rudy qualified as an expert marksmen and also trained as an under water demolition expert. Throughout his life, Rudy remained proud of his military service and always lived by the Marine Corps motto "Semper Fi."

In 1966 Rudy married Joyce Komlo. After a honeymoon in Miami, Florida they started their lives together in Pittsburgh, Pennsylvania. As their family began to grow Rudy started a career in auto marketing and finance that would last 40 years. Job opportunities would take them across the country to Delaware, Idaho and California. Together they raised two daughters. Rudy and Joyce were happily married and the envy of all who knew them for 47 years.

Rudy was an active member and past president of the Italian Catholic Federation branch 285. He also belonged to Saint Augustine?s Church where throughout the past 40 years he has given his time and talent to the church choir, the parish council and the Knights of Columbus.

Anyone who knew Rudy described him as an incredibly kind man who would make time for anyone. He enjoyed just taking the time to sit and visit and would entertain his family and friends for hours with his talent for telling a story.

Rudy loved to read, watch movies and cook. Whenever possible he loved to travel. Rudy especially enjoyed visiting Hawaii and had an impressive Hawaiian shirt collection. With his five grandchildren close by he spent many hours on the soccer field, in the stands at football games and at music and ballet recitals and was his grandchildren?s biggest fan.

When you sat with Rudy to talk for a while he would tell you he had a wonderful childhood. That he was blessed with a wonderful wife and daughters and that his grandchildren were his pride and joy He would say it was a wonderful life.

Rudy is survived by his wife Joyce of Pleasanton, California; his children Denean Hanson (Wesley) of Livermore, California, and Paige D?Angelo of Sacramento, California; his grandchildren Wesley, Claire, Rachel, Luke and Julia Hanson; and his many cousins, nieces and nephews. Rudy was preceded in death by his parents Jerry and Marie D?Angelo and his sister Phyllis D?Angelo.

Services were held at St. Augustine Catholic Church on Nov. 30, 2013 and the burial was at St. Augustine Cemetery. In lieu of flowers, donations can be made in Rudy?s name to the Toys for Tots, the John Paul II building fund at CCOP, Salvation Army or a charity of your choice.