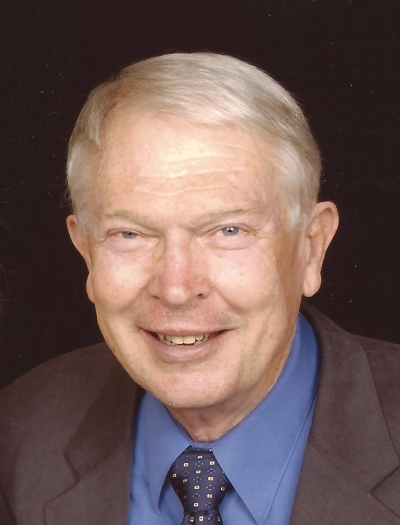 Rudy Johnson of Pleasanton passed away peacefully on March 25, 2015. Rudy had great strength of character, a deep understanding of the frailty of the human condition, and the ability to understood people?s struggles. With his calm, steady and compassionate gaze, he could always listen without judgment and provide wise counsel. He also had an appreciation for subtle humor, music, poetry and literature, as well as world travel. Rudy?s patience and grace served him well in his careers as a teacher, preacher, and administrator, and he was often called to soothe troubled waters. After growing up on a farm in Colorado, graduating from the University of Colorado and serving in the Army in Europe, he attended Stanford, followed by seminary. He began his career in the ministry by organizing a Lutheran congregation outside of Sacramento. Shortly thereafter he was called to start a new Lutheran church at Stanford; while there he also received his PhD in Education. After working in educational administration, he became an Episcopalian and started by leading an Episcopal congregation in Hayward that had lost its building as part of a lawsuit and needed to build a new church. His last church assignment was helping to heal a troubled congregation in Berkeley. While living in Pleasanton for many years, Rudy was active in community affairs, serving as a co-chairman of the Firehouse fund raiser and as an officer for several years in the Pleasanton Cultural Arts Council. He was also active in various Rotary clubs, including serving as president of the Castro Valley-Hayward Rotary club. Rudy leaves behind his wife of 57 years, Marge Johnson, son Kurt Johnson and his wife Anne Johnson, daughter Kirsten Otey and her husband Ned Otey, and three grandsons, Nathan, Travis, and Andrew Otey. The funeral service and reception will be held at 10 AM on Saturday, April 4, at St. Clare?s Episcopal Church, 3350 Hopyard Road, Pleasanton, CA 94588. The graveside ceremony will be held at the Pleasanton Pioneer Cemetery on Monday, April 6, at 11 AM.

Photo Gallery
0 photos Upload a photo
Remembrances
3 entries Submit a remembrance
From sergi constance
April 17, 2018
Learn how can set up remote desktop in window 10,so you want to connected remote to a window 10 pc,so connected this visit remote desktop connection tutorial for windows 10 go to setting>system:remote d...
Read more
Video
Upload a video