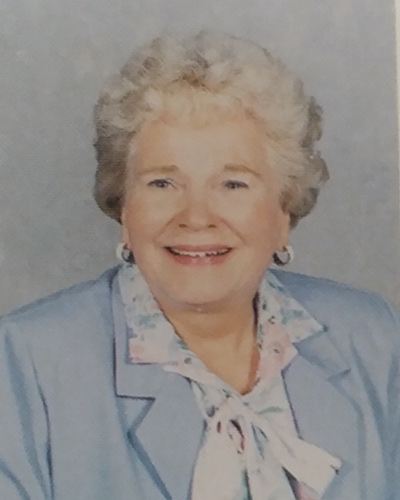 Pauline Coe, who taught Navy pilots to fly after World War II, died September 17, 2020 at the Pleasanton Nursing and Rehabilitation Center. She was 96. Pauline was born to Charles H. Sprague & J Elizabeth (Thomas) Sprague in Clarks Summit, PA. She graduated from Clark's Summit and Clark's Green Joint High School in 1942 and enrolled at Penn State University. She earned a Bachelor of Arts degree in journalism in 1944 and planned to work in the advertising industry. That proved to be a challenge during the war, so she enlisted in the United States Navy. She learned how to fly at the US Naval Training School in the Bronx and earned her pilot’s license in 1947 as a member of the women’s reserve. She trained fledgling Navy pilots in a Link Trainer (a simulator). She served until she was honorably discharged in 1958. She moved to California and was living in Palo Alto when her roommate introduced her to Kenneth M. Coe. They were married in Palo Alto on July 12, 1959. The family moved to Pleasanton where she raised her two children. Her daughter, Laura, fondly remembered her mother serving as a leader in the Campfire girls. The family enjoyed regular trips to Yosemite and Monterey. The family also participated in summer fly-ins. Both parents were licensed pilots, although their dad flew the plane. She sang in the GraceWay Church choir throughout her life in Pleasanton and attended church every Sunday. She regularly sang with fellow church choir members for residents of the convalescent hospital. She also performed with the Broadway Chorus theater group. Pauline was remembered for her ready smile and the twinkle in her eye, her kindness and being well-dressed. As befitting a pilot, she was also very organized. She is survived by her daughter Laura Drake of Salem, Or; grandchildren Leanne Drake of Portland, Or, Michelle Nicholas of Aloha, Or, and Allen Drake of Salem; and great-granddaughter Charlotte Nicholas. She was pre-deceased by her brother Eugene Sprague and her son Perry Russell Coe. Her ex-husband, Ken, lives in Livermore.