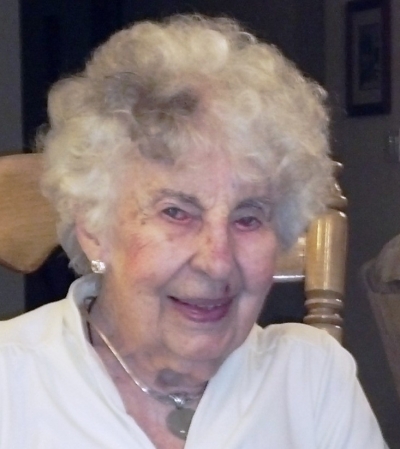 Ruth Matthies Stewart passed away peacefully on April 21, 2013. She was 100 years old. Ruth was born in Rochester, NY, where she lived until she & her husband retired in 1981. They relocated to Stockton, CA, and later to Sun City West, AZ. They moved to Pleasanton in 2000. Ruth was predeceased by her beloved husband Cliff in 2001, and brothers Bill, Dick, & Art Matthies. She is survived by daughter & son-in-law Wendy & Steve Ping of Pleasanton, and grandchildren Shawna Ping (Kailua, HI) & Eric Ping (Denver, CO).

Memorial service
Per Ruth's wishes, there will be no services.
Make a donation
Donations in Ruth's memory may be made to Doctors without Borders, or Two Sentinels Girl Scout Camp.
About this site     Contact us