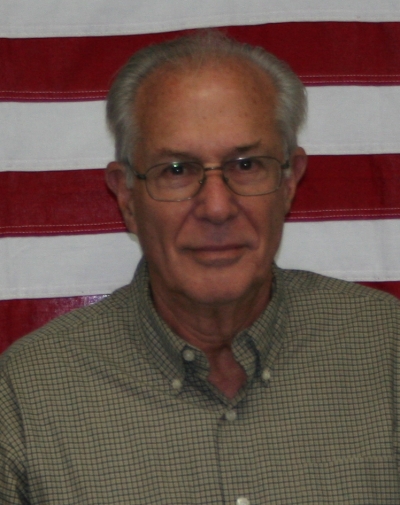 Stephen Isaac Berger March 3, 1936 ? October 24, 2011 Resident of Pleasanton California Steve Berger died at home on Monday, October 24, at age 75. He was born in New York City to parents Abraham and Hilda Berger, their only son. Steve won a scholarship to Julliard School of Music for cello and attended boarding school in Stockbridge, Massachusetts, where he was a soccer player. Steve served in the United States Air Force, stationed in Japan. After his military discharge, he completed his schooling at University of Hawaii. It was there he discovered his passion for flying, earning his pilot?s license. During this time, he supported his new hobby by working as manager in the original Chuck Steak House along with the owner and his wife. During his career, Steve worked for six airlines, most notably Flying Tigers and World Airways for 20 years, where he was Vice-President of Sales and Marketing. It was during his time at Flying Tigers that Steve met the charming flight attendant who would become his wife, Joyce Mohr. The high point of Steve?s World Airways career was when he spent 8 months in Viet Nam, airlifting out U.S. troops. Steve later went on to work for Royal Cruise lines for 10 years, and also for Royal Caribbean Cruise Lines. During this period, Steve and Joyce traveled extensively with their two children, Dave and Andrea. Their world-wide travels took them to every continent except Antarctica. He later owned and operated Air Brokerage International a successful leasing and chartering business. For 23 years, Steve volunteered as a reserve office for the Pleasanton Police Department, attaining the rank of captain. He was a familiar sight along parade routes in downtown Pleasanton. During the last year before his illness, Steve volunteered with the California Highway Patrol. He also served on the board of directors for Brookside Country Club in Stockton, where he and Joyce owned several properties. Steve is survived by his wife of 47 years, Joyce, of Pleasanton; his son David Berger, also of Pleasanton; and his daughter and son-in-law, Andrea and Christopher Umdenstock, of Stockton; and his young grandson Haden, whom he cheered on in ice-hockey. Steve also will be missed by many dear friends world-wide. Clutching a phone ? always ? is one of the lasting images of Steve. The telephone was his best friend because he had friends across the globe that he constantly talked to and kept in touch with. Many of them came to visit Steve during the final months of his illness. Steve was ?Mr. Energy,? constantly talking, doing, and moving, even when illness would have kept anyone else bed-ridden . Steve also was a constant shopper and the ultimate negotiator for good deals. He was still shopping online two weeks prior to his death, and the month before purchased a new car in Los Angeles. Steve embraced technology, mastering all the latest forms of communication, including e-mail, Facebook, Skype, and cell phones. The latest iPad was one of the last ?toys? he purchased in person. He enjoyed sharing these skills with others, particularly his more elderly friends, and was willing and able to do computer repairs for them. Travel to Hawaii was one of Steve?s pleasures in recent years. The family treasures memories of the last trip when all three generations were together there. A reception in celebration of Steve?s life will be planned for a later date. Those who wish to make memorial contributions in Steve?s name are encouraged to direct their gifts to Tri-Valley Animal Rescue ? the source of five of the family?s pet dogs. Donations may be made via the organization?s website ? www.tvar.org ? or via Post Office Box 11143, Pleasanton, CA 94588.

Photo Gallery
0 photos Upload a photo
Remembrances
2 entries Submit a remembrance
From Cheryl Noble Llewellyn
Jan. 14, 2013
Steve will always be remembered. He left the world a better place because he cared so much about his family and friends.
Video
Upload a video