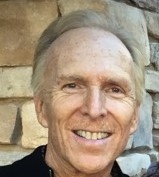 Steve McRee followed God's call to Northern California to lead Shepherd's Gate through a major expansion of its ministry so it could serve more homeless and battered women and their children in its long-term, life-changing program.

When Steve and his wife, Carla, arrived in 1996, the shelter was available for 30 days with a capacity for 13 women and their children. When God took him home to be with Jesus, the ministry could serve as many as 95 women and their children at campuses in Livermore and Brentwood. He was 65 when his heart failed. Livermore Mayor John Marchand said, "Steve was a man of tremendous faith, humor and conviction, even in the face of what many thought of as adversity. He was truly a champion for the oppressed."

Sandee Wiedemann, a member of the board that hired McRee, said, "The gifts I see that Steve offered for the women and kids were not only CEO leadership, but the amazing caring, interest, compassion and eagerness to help them overcome their situation."

In 1996, the ministry was housed in an old home on Portola Avenue where founder Alice Ann Cantelow had established the shelter. The ministry had purchased a 2-acre parcel across Portola and the board charged Steve with paying off the loan and raising the money to build out the campus. Within a year, the loan was paid off and ground was broken on the first residence hall and the offices. Those facilities opened in January 2000, paid for in cash. During the first phase, Steve had reached out to HomeAid, the charitable arm of the homebuilders in Northern California and the leaders turned down the application. After a change of heart, HomeAid stepped up and built the second residence hall and the cottages for women who were ready to leave the program. The non-profit completed the campus when members built out the long-awaited Life Center in 2016. It had been a hole in the ground since 2000. Another builder, Signature Homes, approached Steve about building a turn-key shelter in Brentwood instead of contributing to an affordable housing fund. Steve told them yes, if there was no government money involved. Signature had planned to tap some government funds, but followed Steve's request. It opened in January, 2006. Shepherd's Gate never has taken government money. Steve and God had a straight forward agreement. Steve was to minister to the people that God sent to him and God would take care of the financial resources. Over the 21 years, there were many times when the financial situation appeared dire. Sometimes checks for 10's of thousands would show up, others for 100's of thousands, sometimes from people unknown to Steve and the ministry. Steve told confidants that the few times he tried to raise funds on his own—even with good friends of the ministry—he was turned down every time. So, he relied on his Heavenly Father who took good, good care of the ministry and of the more than 10,000 women and children who have been served over the last 30 years.

What is different about Shepherd's Gate is God's anointing on the ministry and the land. Over the years, Steve and Carla have seen numerous miracles—broken bones healed and cancers vanish. The Holy Spirit is present there.

Life changed for Steve and Carla just before Christmas in 2013 when he fell and broke his neck while getting up to go to the bathroom during the night. Initially completely paralyzed until Carla prayed in the emergency room, he made steady and amazing progress to regain use of his body. After the first few weeks, he continued to serve as CEO of Shepherd's Gate to guide the ministry in its service to women and their children until his death.

He was born the son of Marshall and Helen McRee in Atlanta. He grew up there and lived there for 37 years. He attended Georgia Tech and majored in electrical engineering. He then worked in information technology for a major department store, the regional Presbyterian church and a major supplier of software to hospitals.

Steve moved into full-time ministry 1 ½ years after he married Carla. They moved to Tennessee and cared for abused boys under the age of 12. Through the Jabneel treatment center, they cared for four boys at a time in their home. Jabneel is the Hebrew word that means caused by God.

He then moved to the Knoxville Area Rescue Mission as the development director. During this season, he and Carla ministered with revivalists such as Randy Clark of Global Awakening. They pursued God where the Holy Spirit was moving mightily, such as in the Toronto Airport Outpouring with Pastors John and Carol Arnott.

After five years in Tennessee, he and Carla were called to Shepherd's Gate in California in July 1996.

Steve and Carla loved to travel and Steve had said he thought the travel season of their lives would end when they moved into full-time ministry. It was just the opposite. They traveled to Israel twice as well as to France, England, Greece, Turkey, Ireland, Guatemala, Honduras, Haiti and Costa Rica. They had thought they were headed for Haiti as full-time missionaries before God called them to Livermore.

He learned to play golf after a good friend gave lessons to his wife, Carla and two other women. When it stuck with Carla, Steve decided he needed to learn as well. He enjoyed many rounds over the years with friends and Shepherd's Gate supporters.

He is survived by his wife of 28 years, Carla; his aunt, Virginia Barnes; his nieces, Cyndi (Mark) Dormady and Carrie (Michael) Spielman with their children Seth and Melanie; and his nephew Robert McRee.

Photo Gallery
0 photos Upload a photo
Remembrances
1 entry Submit a remembrance
From Jean L Marez
April 21, 2017
When I came to Shepards Gate in the early 2000's I was so lost having now where to go. Steve was their and so was his wife Carla. They had understanding and guidance. I grew from that. I became a born again christian. They helped me with my fami...
Read more
Memorial service
4 p.m., Friday, April 21, Community Presbyterian Church, 222 El Pintado, Danville.
Make a donation
Shepherd's Gate, 1660 Portola Ave., Livermore, CA 94551. www.shepherdsgate.org
About this site     Contact us