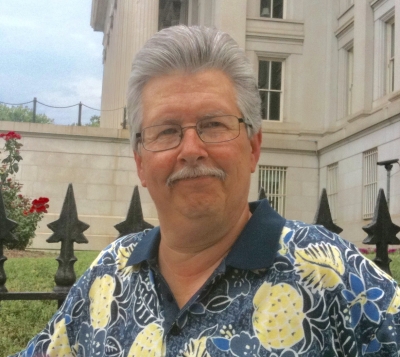 “After an extended illness, Steven John Wahl, 63, passed away Friday evening, April 20th, at the Eden Medical Center in Castro Valley, surrounded by his loved ones. Steve was born on May 25th, 1954 in Saint Cloud, Minnesota, to John and Irene (Sticka) Wahl. He graduated from Cathedral High School in 1971, and worked in his hometown in men’s clothing sales, as a bartender, and as a maître d’ until heading west in the early 80’s. A short stay working construction in Las Vegas was followed by a project management position in San Carlos, California, which ultimately led to a 35-year career in wholesale and retail floor covering sales at California Custom Carpets in Dublin, California. He met the love of his life, Deborah Mulick, while working as a part time bartender at the Customs House in Foster City, California. They were married on June 15th, 1985 in Pleasanton, California and have made their home there for the past 34 years. With a great flair for the dramatic, Steve had a passion for memorizing baseball statistics and all things athletics-related, loved his Oakland A’s and Cal Bears, and had become an extraordinary chef, acquiring a massive collection of skills (and cookbooks) that would rival any of the masters. Steve is survived by his wife, Deborah of Pleasanton and sister Susan Wahl Storbeck (Lee Storbeck) of Saint Cloud. He was preceded in death by his parents, and brother, Brian Wahl. There will be a Celebration of Life in mid-June (date and location to be announced), where family and friends can gather to tell “Steve Stories” and reminisce about the good times. “

Photo Gallery
0 photos Upload a photo
Remembrances
1 entry Submit a remembrance
From shawnkemp
May 7, 2018
There are some of the fighting through which a man cannot be express by the time as well as it make more over the time to make the thing better.Rocky Balboa Jacket...
Read more
About this site     Contact us