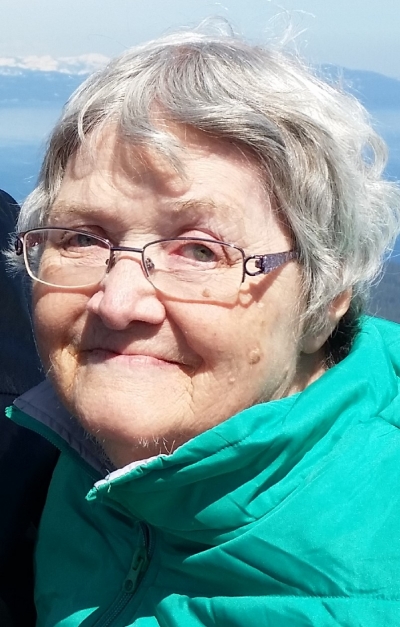 Former Pleasanton resident Susan Jill Miller died of a stroke at the age of 72 in Sacramento. Jill was born in Sioux City, IA to Richard Henry Heitman and Florence Marian Farr-Heitman. Growing up with her three sisters, she always wanted to be a nurse. Her favorite books were the mystery nurse series about Cherry Ames. The family and later her own family loved to play board and card games. Her family moved to Patterson, CA when she was three and then relocated to Pleasanton where she graduated from Amador Valley High School in 1963. She married Robert V. Miller on December 30, 1967 at the original Presbyterian Church at 100 Neal Street in Pleasanton. They had two children and divorced after 10 years. After 16 years in Pleasanton, she moved to Hawaii for 16 years before returning to Pleasanton for the final 18 years of her working career. Jill loved chocolate and always had a stash somewhere in her home. One of her favorite activities was travelling, particularly going to Disneyland with her grandkids and Europe. Her deep faith in God sustained her throughout her life. Jill was a three-time breast cancer survivor and participated in the Pleasanton support group. She worked as a dental assistant until her daughter was born. She was a nurse’s aide while living in Hawaii for 16 years and for three years in Pleasanton. She then moved to a greeter’s position at Walmart in Pleasanton where she worked for 15 years until she retired to Sacramento. While in Sacramento, she ran the bingo and bake sales at her assisted living facility. She particularly enjoyed her time with Walmart because she was able to talk with many people and befriend them. Jill was a member of the GraceWay Church family since the early 1960s. She is survived by her children, Mary Elizabeth (Beth) Hamilton of Reno, NV and Richard Henry Miller of Reno, NV; three grandchildren, Walker, Zachary and Amber Hamilton of Reno; her sisters Joan Geuss (Bill) of Charlotte, NC and Janet Kings (John) of Western Springs, IL; six nieces, 1 nephew, six great-nieces and six great-nephews, three cousins and her best friend since the age of 3, Corliss Tacosa of Williamsburg, VA. She was predeceased by her parents and her older sister Judy Crawford-Speer. GraceWay Church Pastor Mike Barris will conduct the memorial service. The honorary pallbearers are Richard Miller, Walker Hamilton, Zachary Hamilton, Bobby Miller and Ralph McAuley. The family will remember her by attending the Alameda County Fair in Pleasanton on June 29 and riding the Ferris wheel. She loved the fair and served as a judge in the home economics competitions. Her ashes will be scattered in the summer of 2019 at a family reunion in Kailua, Hawaii. They will be scattered in Kailua Bay, as were her parent’s ashes.

Photo Gallery
0 photos Upload a photo
Remembrances
0 entries Submit a remembrance
Memorial service
11 a.m., Saturday, June 30, 2018, Pleasanton Veteran's Memorial Building, 301 Main St. Reception will be "church potluck." Meat, rolls and drinks will be provided. Guests are invited to bring a side dish to share.
Make a donation
The family prefers contributions in her name to a fund at Wells Fargo Bank that will be used to get family members to Hawaii (routing number: 121042882, account number: 7421543294); or to the American Breast Cancer Foundation, www.abcf.org/donate. She was a three-time survivor of breast cancer. Family members also encourage people to register as organ donors. Jill’s organ donation helped restore the eyesight of a 65-year-old woman, through a corneal transplant.
About this site     Contact us