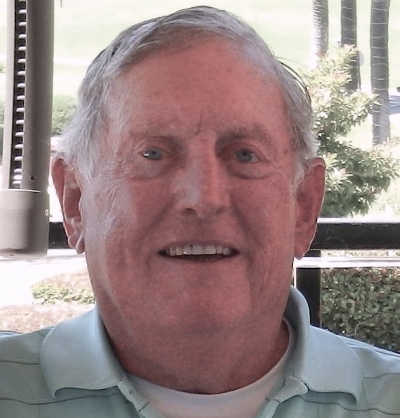 Dr. Ward Bosworth Skinner died peacefully on December 26, 2014 in Castro Valley, California at the age of 84. Ward is survived by his daughter, Luree Jones of Pleasanton and 4 grandchildren. He was preceded in death by his parents, sister and son, Ward David Skinner.

Ward was very active in the community. Ward opened his dental practice in Hayward in the early 1960's, where he joined the Hayward Chamber of Commerce and Lions Club, making many long time friends. He served as Lions Club President and the President of the Southern Alameda County Dental Association. He was an active member of the Castlewood Country Club and served on the Board of Directors for many years as well as the Castlewood Property Owners Association Board. A Celebration of Life is scheduled for Jan. 31, 2014 from 2-5 p.m. at Castlewood Country Club in Pleasanton, CA. All are welcome to attend and celebrate Ward's life. Additional information is available at: http://www.bergepappassmith.com/mobile/obituary/Ward-Bosworth-Skinner/Hayward-CA/1465607