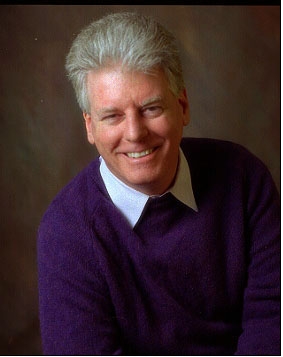 William Joel Friedman was born April 28, 1950 in Los Angeles to Selma Bella Himovitz and Martin David Friedman. He grew up in West Los Angeles until the family moved to Sherman Oaks in 1965. He graduated from Ulysses S. Grant High School in Van Nuys.

Will was awarded a Doctorate of Philosophy in Psychology from Claremont Graduate University in 1986. While in school and throughout his professional life, he attended countless seminars, refining his art and broadening his scope in a wide range of specialties, always seeking passionately for the most effective ways to help people deal with life?s difficulties and transform unworkable behaviors.

While living in Claremont, Will met his wife, harpist Dominique Piana, in the fall of 1984. An inveterate music lover, he had picked up her first album, a cassette tape entitled Fancy, at a local health food store called Natural High. He called to ask her to perform at a seminar he was giving in Fullerton (Experience Your Power To Succeed In All Relationships [!]). They drove together to the event in her car, with the harp loaded in the back, and the rest is history: they were married on May 26, 1985.

In the spring of 1986, Will and Dominique moved to Redlands, where they bought their first house, and where their son Gregory was born. Already a seasoned practitioner and attracted to integrative settings, Will worked, among other places, at a multidisciplinary Community Clinic in San Bernardino focusing on Pain Management, was on staff at various clinics, and started his private practice, first in shared quarters, then going solo in his Loma Linda office from 1990 onward.

It was in his private clinical practice that Dr. Will found his stride. He became a Diplomate in numerous subspecialties, also serving as a psychological consultant to individuals and companies, publishing a slew of professional and popular papers, writing reports and lecturing at professional conferences.

In 2001, the Friedmans moved to the San Francisco Bay Area, first settling in Pleasanton, where Dr. Will also opened his new private practice, then moving to Livermore in 2008. Around that time, his quest culminated in the concept of presence-centered psychotherapy, and he began building his own website (www.willjoelfriedman.com) into a resource center where, in essence, he gave away the world of psychology to all, to encourage psychological literacy in our present culture. His family plans to keep it online indefinitely.

Mr. Positive (one of his wife?s affectionate nicknames for him) sadly suffered a devastating illness, a malignant melanoma that rapidly metastasized and took his life on July 26. Besides his wife and son, Dr. Will leaves behind siblings Michael (Janet), Susan (Ray) Seaman and Jeffrey (Aileen) and their children, as well as many book and essay manuscripts that will be examined for possible publication. Curiously, or appropriately, his last book is titled The End of Suffering.

Photo Gallery
0 photos Upload a photo
Remembrances
1 entry Submit a remembrance
From Jeffrey Wherry
June 2, 2014
I never got to meet you personally, but I wanted to thank you for all of the amazing help you gave to my patients. I only learned today of the great loss to our community.
Video
Upload a video