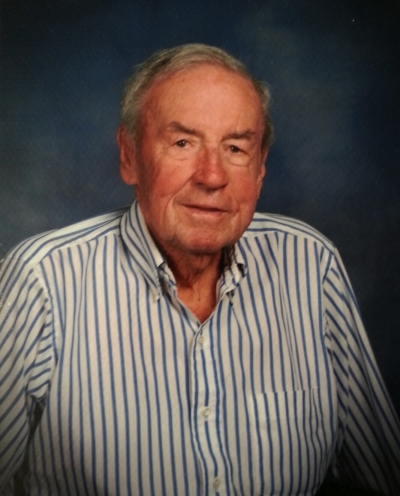 William Roland Corrin passed away peacefully in his Pleasanton home on June 23, 2013; his family was with him. He was married for 59 years to Barbara, who passed away April 2012. He is survived by his sons Bill Corrin of Long Beach and Gary Corrin of Toronto and daughters Janet (Gary) Sears of Pleasanton and Lyn (Terry) Aaker of Long Beach, four grandchildren, and nieces and nephews. He was born and raised in Long Beach, CA, and enjoyed swimming and sailing as a youth. After attending Long Beach Jr. College, he served in WWII as an Army Air Corps B-24 bomber co-pilot in Europe, assigned to the ?Carpetbaggers?, a group that flew clandestine night missions. He worked for Granny Goose Foods for 35 years, working his way up to Director of Purchasing of all raw products. During that time the family lived in Niles, Salinas, and finally moved to Pleasanton in 1969. He was a charter member of the Salinas Valley Highlanders bagpipe band. He and Barbara enjoyed trips to Europe, Australia and the East Coast; many were with the Balloon Platoon. The Corrins were long-time members of Centerpointe Presbyterian Church, where they made lifelong friendships. Please join us for a Celebration of Life service at Centerpointe Church, 3410 Cornerstone Ct., Pleasanton, on August 1, 2013, at 10 a.m. with a reception immediately following. In lieu of flowers, the family has suggested donations be made to Hope Hospice.