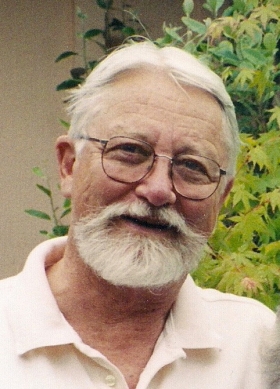 Allen Everett De Grange passed away in Pleasanton, CA on June 16, 2021 after a brief illness. A third generation Californian, Allen was born July 2, 1931, in Oakland, California and spent his early years in Hayward before his family moved to the small town of Ione in the Gold Country. There were 15 students in his graduating class at Ione High School and many of them remained lifelong friends.

While serving in the Army, he was stationed at Fort Ord during the Korean War. The war story that he liked to tell his friends was about his unit practicing “invasions of San Jose State looking for girls.” The invasions were successful when he met and fell in love with Marion Ann Evers, a student at San Jose State. They married in 1954 and raised their five children in Los Gatos.

Allen graduated from the University of California, Berkeley in 1956 and set up his beloved architectural practice in San Jose a few years later. The AIA honored him with awards for his residential designs. He also designed more than two dozen veterinary hospitals in the Bay Area. When his children were young, a typical Sunday afternoon family activity was touring buildings under construction, some which he designed, some were buildings that he thought were interesting. In the 1980s, Allen and Ann lived in one of the many passive solar homes that he designed. He was very interested in sustainability, decades before it became an everyday word. He maintained his architectural license and was active at his drawing board for more than 60 years.

If architecture was his passion, painting was his hobby. He especially enjoyed painting the Santa Cruz and Capitola coastlines where he and Ann moved in the mid-1990s. He contributed images for the Capitola Begonia Festival and for Mission San Antonio du Padua, his favorite California Mission. He thought it was great that The Parkview Assisted Living Facility in Pleasanton, where he later lived, offered painting classes and provided frames for the residents’ finished paintings.

Allen was interested in local history and authored several books, including, There Was More Here Once about the Ione-Jackson area. He co-authored A Place Called Sunol with his daughter, Connie. His favorite part of writing these books was interviewing old-timers and sharing their stories. Allen was engaging and loved conversation and hearing others’ points of views.

Allen is predeceased by his wife Ann, his parents Marjorie and John Elmer De Grange and his brother Ronald David De Grange. He is survived by his five children and their spouses: Connie and her husband, Conover Smith of Sunol, Allen John of Sunol, David of Campbell, Jill and her fiancé Larry Hampson of Marina, Paul and his wife Kelly of Fort Bragg; seven grandchildren Erica, Martin, Sherry, Shannon, Adam, Lauren and Deryck and two great grandchildren Elliott and Deckard; his sister-in-law Ginger, niece Shawna and nephew Tye.

A memorial service will be held July 3 at 10:00AM, at the Little Brown Church of Sunol in Sunol, CA. Charitable donations in Allen’s honor can be given to Charm’s Place, Cloverleaf Ranch, 3892 Old Redwood Highway, Santa Rosa, CA 95403. Charm’s Place is a non-profit organization that provides scholarships for young people to experience traditional camp activities in a ranch setting. They teach life and leadership skills, empathy and an appreciation of the outdoors. https://www.cloverleafranch.com/charms-place/