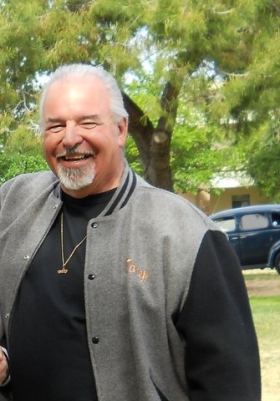 Anthony Leroy Rose beloved husband, father, grandfather, and loyal friend too many, was called home by the heavenly father on Monday, October 31st, 2011.

Tony was born on September 9, 1944 to the parents of Antone Rose and Rose B. Rose, of San Jose, CA. He has one brother Donald E. Rose, now deceased. On April 27, 2011 he married his soul mate, Sharon Jean Rose. He is survived by his two sons, Michael and Daniel, and three daughters, Jeanna, Justina, and Janella, and eleven grand children.

In 1963 he graduated from Oberfelt High School and then spent the six years as a reserve in the Army National Guard 159th infantry. However, hot roding was his true passion. Tony was one of the original seven founders of the ?P Town Push Rods Club? in Pleasanton, CA. He admired and collected hot rods for many years of his life. Overall, his most prized accomplishment was being a proud grandfather of eleven and soon to be twelve wonderful grandchildren that would make his eyes light up.