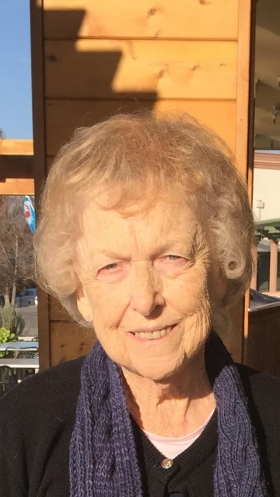 Bonita â€œBonnieâ€ Streitz, a long time resident of Pleasanton, passed away peacefully at home on May 25, 2016. She was born in Seattle, WA on December 7, 1930. She lived for a short time in Los Angeles, moved to Livermore as a teenager where she met and married Don Streitz in 1948. In 1952 they settled in Pleasanton which became Bonnieâ€™s lifelong home. Bonnie worked at General Electric Vallecitos for 38 years where she made many lifelong, treasured friends. As a mother, she was steadfast, generous and an ever present source of love and support. She loved knitting, the San Francisco Giants, and spending time with her family and beloved cats. In the last 50 years, she rarely missed her weekly appointment at the Beauty Nook on Main Street, one of her few self-indulgences. She is survived by her son, Steven of Sun City CA, daughters, Kay of Oakland and Dana (Ford) of Danville, her granddaughter, Phaedra Wilson and grandchildren Alexander and Isabella of Mounds, MN, brother-in-law, Robert Streitz of Elk Grove and cousin, John Wesseling, of Idaho.