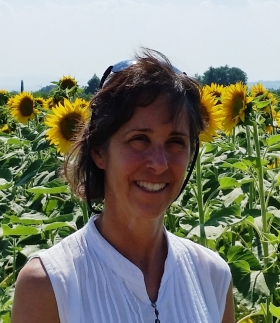 Janet Lee Bachand was born in Dallas, TX on April 19, 1961 to Lillian and John Cohen. They moved to California in 1974 and settled in Saratoga where Janet graduated from Saratoga High School. After high school, Janet attended Fresno State where she met her husband Steve. Janet graduated with a degree in Agricultural Business/Marketing. Janet and Steve were married in 1984 and moved to the Bay Area where Janet was a marketing manager for Almaden Vineyards. After Almaden left the southbay, she had a number of marketing related jobs before finding her passion working with the Myers-Briggs Type Indicator and other helpful psychological instruments working at Consulting Psychologists Press. Janet was a fun loving and outgoing person who loved reading, working out, nature and travel. She was known for her positive attitude, candor and being genuine and, of course, her smile. Janet is survived by her husband of 33 years, Steve, two sons, Kyle and Troy, sister, Deborah Cohen (Swartley), brother-in-law John Swartley, brother Daniel Cohen, sister-in-law Andrea Cohen, mother-in-law Gene Bachand, sister-in-law Michelle Bachand, brother-in-law Philip Bachand and 4 nephews; Ben Swartley, Nathan Swartley, Joe Swartley and Kevin Cohen. Janet asked for a celebration of life service which will be held Saturday, December 8, 2018 at 2:00 PM at the Valley Bible Church, 7106 Johnson Drive in Pleasanton, CA. In lieu of flowers Janet asked that donations be made to your favorite charity.