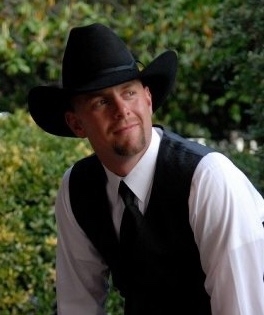 Justin Meinert passed away Sunday morning, March 18th, in his childhood home in Pleasanton, surrounded by his loved ones, after a valiant 6-month battle with cancer. He touched many lives with his unique sense of humor and positive attitude. He was 37.

Justin was born in Hayward and grew up in Pleasanton. He graduated from Amador Valley High School, class of 1999. He earned his associates degree at Feather River Community College in Quincy, CA.

After returning from college, Justin worked at DeSilva Gates, Delta, Shimmick Construction (where he met his wife), Peterson Caterpillar, and finally Vulcan Materials where he was a heavy equipment operator and mechanic. Justin was a member of Operating Engineers Local 3.

Justin loved fishing with his buddies, camping, being outdoors and spending time with his family. He was a huge Oakland Raiders fan, and a Clamper with E Clampus Vitus (ECV) Matuca Chapter #1849.

Justin is survived by his wife, Michelle and children; step-daughter, Destiny and son, Hank of Livermore. Justin is also survived by his father Bruce (Kathy) Meinert of Pleasanton, his sisters Melanie (Victor) Pereira of Tracy, and Heather (Gary) Everhart of Ripon, as well as his beloved nieces, nephews, aunts, uncles, and cousins. He is preceded into heaven by his mother, Jerilyn Meinert. His bigger-than-life spirit and contagious sense of humor will be dearly missed by all who knew him.

I was thinking to do this for so that they can know how effective I am. Alicia Vikander Tomb Raider Jacket But now I'm trying to get something else for it and will do it very soon.