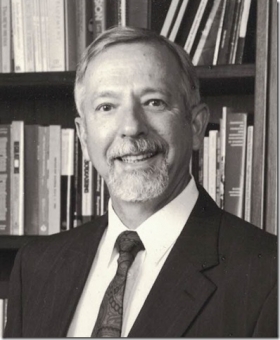 Keith was born in Oklahoma in the middle of the great depression. He had a “Tom Sawyer-like” childhood that he recalled fondly. He was the first in his family to attend college. There he met and married his wife, Patricia, to whom he was happily married for 61 plus years. He died peacefully with Patricia and family by his side: daughter Lynne Mielke and husband John Gowey and son Eric Mielke of Pleasanton, two grandsons, Max Mielke and Spencer Gowey. He is also survived by another grandson Connor Gowey, two granddaughters, Erica and Madalyn Mielke, several nieces and nephews, as well as his sister, Jean Fratzke. Keith and Patricia retired to Pleasanton in 1998 to be closer to family. He served several years on the Pleasanton Cultural Arts Council and was active in his church, the Unitarian Universalist Church in Livermore.

Keith served three years on active duty in the Army Security Agency, serving in Germany for two years as a Russian translator. He earned his PhD from Michigan State University and was a tenured professor at Indiana University for 13 years, ending as chairman of his department. He left academia after he received an offer to move to New York City to work for Children’s Television Workshop in the early years of Sesame Street. That became a 20-year career, ending as Vice President of Research. In 1991 he received the Distinguished Service Award from the Association for Educational Communication and Technology for Guiding Research on Children’s Television Programming for over 20 Years. Keith, through his work, had a significant impact on literacy throughout the world, and mentored many young professionals along the way.

Throughout his life, music was his main hobby and love. During college he earned his way musically as a soloist, choir director, and dance band vocalist. An avid Barbershopper, he directed the local Bloomington Indiana chorus and sang in a quartet, as well as singing in the family quartet whenever possible. Upon moving to New York he helped establish and became the founding President of the new Big Apple Chorus.

Keith was a loving father and husband, admired by all who worked with him for his willingness to help others, and for his wonderful sense of humor. He will be greatly missed. A memorial will be held Dec. 17 at 2 PM at the Unitarian Church, 1893 N. Vasco Road, Livermore, CA 94550. In lieu of flowers, donations may be made to the charity of your choice, or the Unitarian Church.