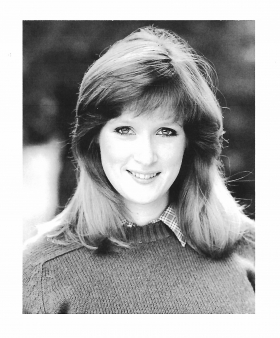 Kimberlee Faye (Henry) Hammond, 61, of Millersville, Pennsylvania, passed away at her home on Monday, August 10, 2020 after a long battle with Parkinson's disease. She was the beloved wife of Brian Lee Hammond, with whom she shared 24 years of marriage.

Born in Livermore, Kim grew up in Pleasanton, and was a graduate of Amador Valley High School, class of 1977. After high school, she went on to earn an Associate Degree in Acting from the American Academy of Dramatic Arts in Pasadena. For most of her life, Kim was a professional actress and vocalist and performed in both musicals and theater.

In her spare time, Kim enjoyed sewing, embroidery and crafting projects. She was an avid doll collector. Kim loved all things Disney. She was a former member of Pleasanton Presbyterian Church.

Most of all, Kim loved spending time with her family - her daughters, Alice Renier and fiance Nick Shea, Emilie Renier and fiance Garrett Schnathorst and Katherine Hammond, her mother, the late Mary (George) Williams, father Philip Henry and stepmother, Terry Henry, of Pleasanton, brother Chris Henry and wife, Anne, of Livermore and sons Christopher and Michael. She was a descendant of the Buttner, Henry and Ziegenfuss families, all of whom settled in the Tri-Valley area in the 1800s.