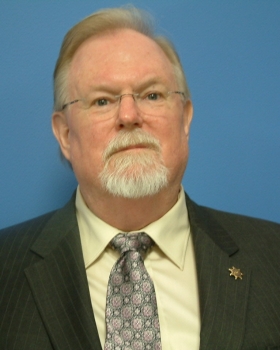 Randy Collins, 59, passed away Sunday, July 26, 2015, in Pleasanton, California after an eight-month battle with lung cancer.

Born in Seattle, Washington to Ronald George Collins and Lola Edith Irene St. Cyr Collins, Randy grew up in San Bruno. He moved to San Jose to start his engineering career, and later moved to Pleasanton to raise his family. Randy began his career in high tech while attending San Jose State University. He was an engineer at GE Nuclear and GE Semiconductor, IT Manager at Siemens, IT Director at Synopsys, and Vice President of Customer Satisfaction at Network Appliance, from which he retired in 1999.

A man of many interests, Randy was known for his intelligence and light-hearted sense of humor. He enjoyed cooking, shooting, playing guitar, driving motorcycles, and making others laugh. In 2007, he turned his passion for firearms into a business when he opened J&R Sports Supply in Livermore. Through his positive attitude, friendly customer service, and desire to teach others about firearms safety, Randy made many friends in the community and built a loyal following of customers at his business. In addition to being a certified NRA instructor, Randy was an Honorary Deputy Sheriff of Alameda County.

Randy was blessed to meet the love of his life Janet in 1985, when they both worked for General Electric. They married in 1986, had two wonderful children, and shared 29 happy years together as life partners.

Randy was devoted to his family, and enjoyed sharing his knowledge and hobbies with them. He passed on his love of firearms to his son Ryan, who now runs J&R Sports Supply with his girlfriend Ashley Estorga. He passed on his love of Camp St. Andrews to his daughter Erin, who embraced the joy of serving others at this Christian camp for children, held annually in Pinecrest, California.

A funeral service for Randy was held at St. Andrews Episcopal Church in Saratoga, California, on Thursday, July 30. A celebration of Randy's life that will be held in Livermore, California, is being planned for a future date.