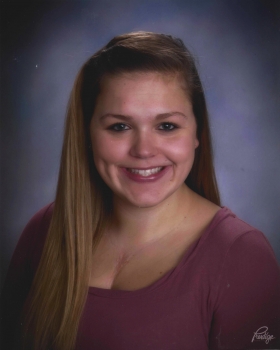 "To strengthen the muscles of your heart, the best exercise is lifting someone else?s spirit whenever you can." ------Dodinsky, Author

Sarah Marie Liamos was easy to spot in a crowd with a beaming smile and often dressed in pink or animal prints that depicted her tenacious nature and joie de vivre. Sarah was a Pied Piper for small children and the babysitter of choice for many during her early teens. She volunteered many summers as a Junior Counselor and Counselor at Camp Taylor, a cardiac camp hosted in Livermore and Hawaii, where she served as counselor, mentor, role model, and friend to many young cardiac patients.

Sarah was born with a congenital heart defect that left her with one-half of a heart. It was more than enough when coupled with a beautiful spirit that focused on the betterment of others. Sarah and her family chose to downplay her physical limitations and instead focus on her many talents and achievements.

Sarah continued to work for others during her college years, serving as a weekly volunteer at a Salvation Army after-school program for children of the working poor in Manchester, New Hampshire. During her school breaks, Sarah spent time on college-sponsored community service outreach trips, where she assisted low-income children who were impacted by Hurricane Katrina in New Orleans and economically deprived in Camden, New Jersey.

Recognizing that many of our social issues must be tackled through the legislative process, Sarah studied politics in college and worked as an intern for the Fox News Network during the Republican Primary of 2012. She also served as a Student Ambassador for the New Hampshire Institute of Politics at St. Anselm College.

Born in Pittsfield, Massachusetts, Sarah attended Walnut Grove Elementary and Harvest Park Middle School in Pleasanton. She is a 2010 graduate of Valley Christian School in Dublin and recently graduated in the Class of 2014 at St. Anselm College in Manchester, New Hampshire where she received a B.A. in Politics and a minor in Criminal Justice. She was enrolled at Suffolk University in Boston, where she planned to pursue studies as a paralegal this fall, and was a summer intern in the legal department of Insulet Corporation in Bedford, Massachusetts.