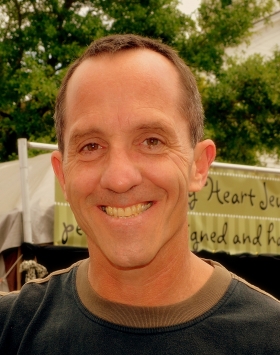 Dr. Scott L. Cumberland passed away Tuesday, Nov. 26, 2013 in Rapid City, South Dakota, at the age of 51 from epilepsy, a condition he had battled courageously for 34 years.

Dr. Cumberland fought epilepsy, and in the last two years, cancer, with the same resilience, determination and indomitable courage he had for fighting any problem. Scott?s untimely passing occurred while visiting his son, Airman Kevin MacArthur, who is currently serving at Ellsworth Air Force Base in South Dakota.

Scott Lee Cumberland was born, May 21, 1962 in San Antonio, Texas. He was a loving and compassionate son of Willard and Dorothy Cumberland. He graduated from Winston Churchill High School in 1980 and earned Bachelor in Science degrees in Psychology and Chemistry while at the University of Texas at San Antonio (UTSA). In 2001, after earning a Chemistry doctorate, with emphasis on nanotechnology, from the University of California at Santa Barbara (UCSB), Scott joined The Clorox Company in California, where he worked as a scientist, in various capacities, for close to 10 years.

Living in California allowed Scott the opportunity to embrace his passions for outdoor rock climbing and motorcycle riding. Scott loved to rock climb with his wife and best friend, Brendi, and ride his Harley Davidson motorcycle with friends, but most of all he enjoyed spending time with his family. He married his wonderful wife on the beaches of Santa Barbara, California. Scott was extremely proud of his son?s service in the US Air Force, who graduated with honors in basic training. He also took great pride in his daughter?s straight ?A?s? in school, passion for horses, and being first chair in orchestra.

Scott loved living in California, but longed to return to Texas. In 2011, he joined Huntsman Chemical Company in The Woodlands, Texas and materialized his desire to live in the Lone Star state once again. Scott was an accomplished scientist and inventor (holder of multiple patents), an amazing father, husband and friend. He was an incredible brother, son and loving uncle. He made many contributions to his communities, which included mentoring K-12 students and encouraging their pursuit of math and science. Scott served in various ministries at the Catholic Community of Pleasanton, California, where he earned the love and respect of parishioners and community members alike.

He is preceded in death by his mother, Dorothy Cumberland. He is survived by his wife and best friend, Brendi Makepeace-Cumberland and daughter, Isabella (Bella) Lee Cumberland, who live in Conroe/The Woodlands, Texas. He is also survived by his son, Kevin MacArthur; father, Willard Cumberland; stepmother, Bob Ann; brothers Shawn (Sylvia), his twin brother Brian, Wayne (Fran), Lance (Molly) and stepbrother, Chad Crocker (Joy). He is also survived by extended family, friends and colleagues around the world. His humor, intelligence, compassion, benevolence, kindness and love will be remembered by all whose lives he touched.

To honor Scott, in lieu of flowers, please give donations to the Epilepsy Foundation, PO Box 96546 Washington, DC 20077-7222 or http://www.epilepsyfoundation.org/give/.

You are invited to sign the Guestbook at www.porterloring.com