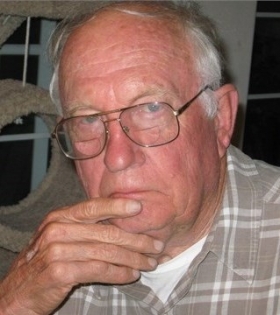 Verlan, ("Gabe" or "Vern") was born in Lindsborg, Kansas, the son of the late Wesley and Evelyn (Nelson) Gabrielson. He grew up in Lindsborg and went to Bethany College to earn a Bachelors of Science degree in Mathematics. After serving in the U.S. Army, he then earned a Master of Science degree at Kansas State University.

In 1959, Verlan and his bride moved to Pleasanton, CA, and joined the scientific team at Sandia Labs where he worked as a scientific programmer for more than 30 years. He was a member of several bridge clubs and enjoyed participating in bridge tournaments. He enjoyed playing golf, tennis and volunteering his carpentry skills with Habitat for Humanity. He was a member of the Centerpointe Presbyterian Church for more than 50 years where was an Elder and a Deacon.

A memorial will be held June 7 at 1 p.m. at the Centerpointe Presbyterian Church, 3410 Cornerstone Ct. Pleasanton. Interment will be in Kansas.

Donations should be made to Centerpointe Presbyterian Church, Habitat for Humanity or Hope Hospice.